Ralph Allen came to Bath in 1710. Aged 18 in 1712 he became Bath Post Master and went on to make a fortune by organizing the first cross country service. He bought the quarries, which supplied most of the stone from which the city was constructed in the late 18th Century. This stone was also used to build the Mineral Water Hospital in Upper Borough Walls, which is now the Royal National Hospital for Rheumatic Diseases, and his home – the magnificent Prior Park.

The Guildhall contains two portraits and a bust of Ralph Allen. A philanthropist, he donated £500 towards its rebuilding in 1763. He was reputedly the model for Henry Fielding’s ‘Squire Allworthy’ in Tom Jones. 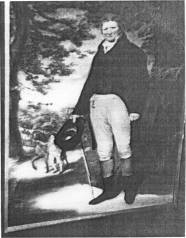 Woodiwiss, a JP from Hazlewood, was one of the youngest members when he joined Bath City Council in 1891, and at 40 he was thought to be the youngest Mayor the City had ever had.  He pioneered the scheme to build the Victoria Art Gallery and Reference Library as a memorial to Queen Victoria. Known as the “Model Mayor”, his year in office coincided with the Diamond Jubilee of Queen Victoria and he was the power behind many of the city’s celebrations. He created his own Jubilee Mayor’s Medal. This was prized as an artistic and permanent souvenir of the occasion.  It had the inscription ‘Woodiwiss, Mayor, 1897’ and depicted the boar’s head from the Woodiwiss Coat of Arms. Seven thousand medals were struck for the benefit of children, who wore them on the day of the Jubilee. Others were distributed among the Mayor’s friends.

Bateman was born in 1875 and came to Bath in 1923, having previously been a member of Devon County Council. He was elected to Bath City Council in 1925. In 1930 he launched an appeal to provide the City of Bath and the surrounding area with a new hospital. Unremitting effort and personal example secured the widest possible cooperation and the appeal was a complete success. The Bath Royal United Hospital, standing in large open grounds on the outskirts of the city and providing pristine medical and surgical facilities, was erected at a cost of £155,000.